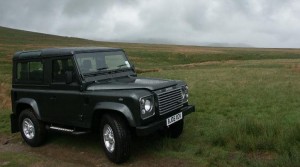 This was my second defender, a 90 XS in Tonga Green, again bought new, but this time from Bushbury Land Rover.

I was really looking forward to getting this Defender with all the ‘toys’ that go with the XS spec, heated leather seats, air-con, TC, ABS, etc. To be honest though this one never really caught my imagination. Again there were the usual teething problems but there were also other issue’s with this one that never got resolved. Firstly there was an engine ‘noise’ that couldn’t be explained, then there was a musty smell inside that could also never be explained or resolved. Also I felt the build quality was very poor and the quality of some of the interior trim parts was also very poor.

The modifications I made to this one were to upgrade the speakers, install a CD changer, map light, DIN socket,  JATE rings, under-ride protection bar, wing top air scoop, LRX grille and lamp surrounds and fit a NAS style towstep. While we’re on the subject of modifications, all the modifications carried out to this and all my other Land Rovers were with the much appreciated assistance of Jason (especially anything involving electrics!).

In January 2007 I’d finally had enough of constantly arguing with Land Rover over the problems I had, so in sheer frustration I went out and ordered a Nissan Pathfinder. Now, as fine a car as this was, it just wasn’t a Land Rover, which is where the story of my new (to me) 110 begins…. 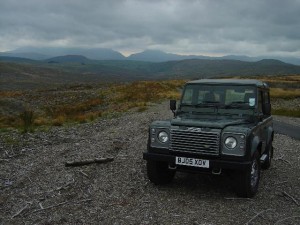 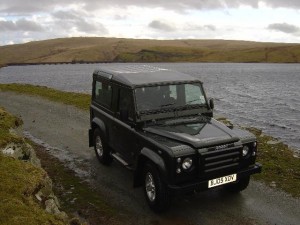