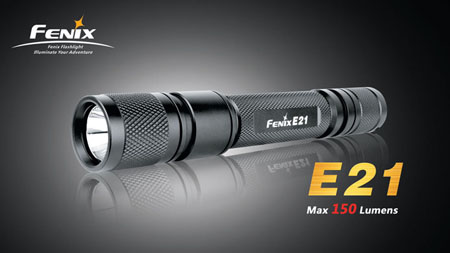 Here at GLR we love gadgets! I’ve been after an LED torch for a while now. Ideally I’d like a SureFire or a Lenser but I didn’t want to spend too much.

After much searching around the internet, I found several favourable reviews about the Fenix E21. Straight over to Amazon then and two clicks later it’s on the way!

Anyhow it arrived this morning and the box contained the torch, two AA batteries, a lanyard and 2 spare ‘O’ rings.

The torch is well constructed and is made of ‘aircraft grade aluminium’. Light output is impressive too. It has two output modes; bright and very bright! Selection of the mode is by twisting the lamp bezel.

Overall an impressive bit of kit for the money!