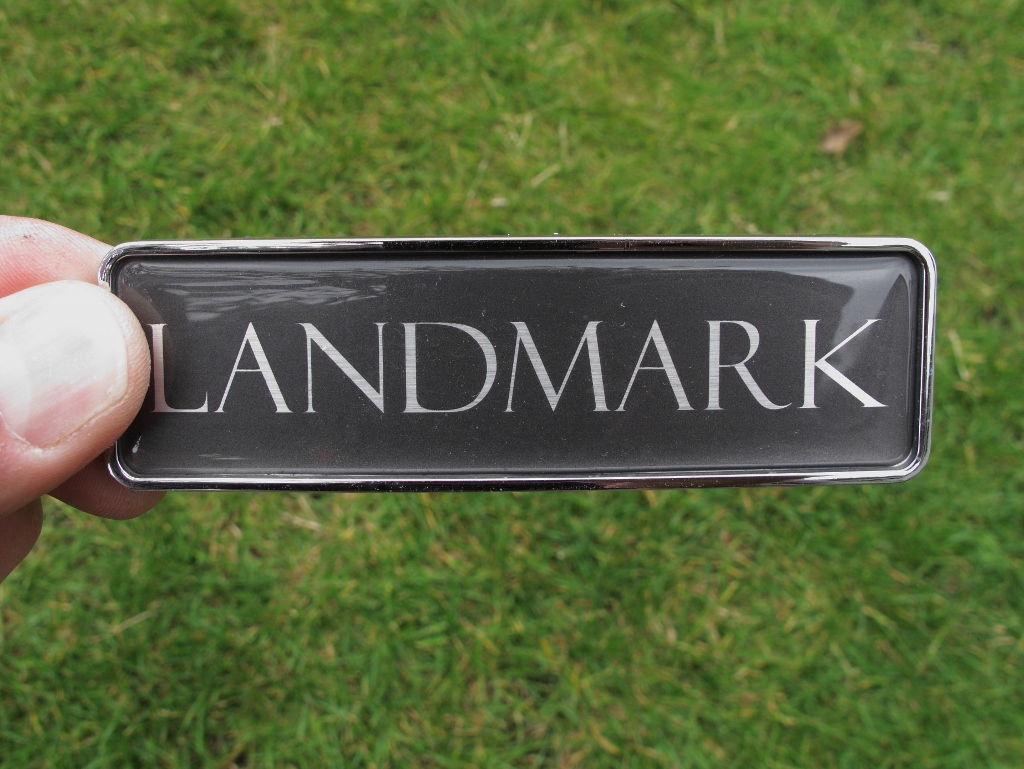 It’s a sad state of affairs but, it seems from recent posts on several of the Land Rover based forums that thefts of and from Land Rovers is unfortunately common place these days. Aside from the theft of whole vehicles and components apart, there also seems to have been a spate of thefts of badges, particularly unusual specification or model badges. Now although this is a relatively minor thing in the grand scheme of things it’s the damage caused to the panels and paintwork when these badges are removed somewhat unceremoniously with a screwdriver or similar.
With this in mind I decided to remove my ‘Landmark’ badge from the rear door today as these seem to be quite rare as they were fitted by the dealer and not on the assembly line and most ‘Landmarks’ appear to have been sold unbadged. Obviously not wanting to cause any damage myself I used a hair-dryer to heat up the badge and surrounding area to soften the adhesive tape that fixes the badge to the bodywork then carefully prised the badge off with a plastic trim tool. The area where the badge had been fixed was pretty grubby from adhesive residue and road grime so a quick wipe over with some water, then a spot of T-Cut and finally some wax polish soon had the paintwork looking good as new.