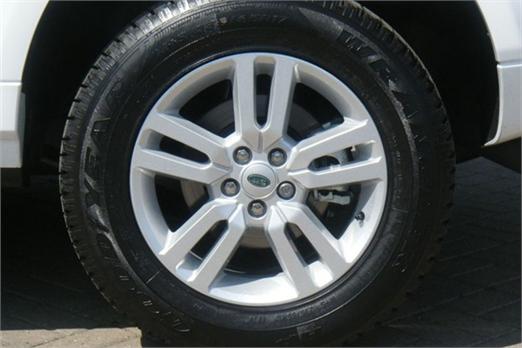 Yesterday morning the Freelander underside scraped on the driveway of the service road I use to put the vehicle in the back garden. “Strange” I thought but nothing more. Only when I was driving up the road and the ominous flat tyre noise came drumming in did I realise what had happened.

I Turned the vehicle around and parked up on a flat spot by the house and put the spare on. It’s one of those ‘space saver’ things. It’s not that much of a space saver as it’s only 1″ narrower than the alloy it replaced. The other downside is that it’s  only rated to 50 MPH. Making my journey to work longer, maker me even later….

Took it in to Plume Tyres Shirley  this morning hoping they would be able to repair it. Well they called me about an hour ago saying the tyre was unrepairable due to internal damage. Probably caused by driving on it uninflated. Now I trust Plume as they’ve always done me a good deal and many of the people I work with have a high opinion of them too. Also I don’t like taking risks and would rather have a safe tyre than one I’m not certain about. The downside is I’m £140 lighter…

So what has this experience taught me?

Plume assure me they can get a tyre for this afternoon so  should be able to pick it up this later on today.