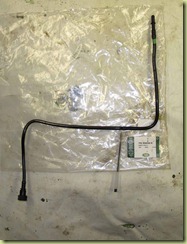 Typical! The day before we were due to go on holiday in the Disco it decides to start spraying diesel all over the underside.
In all honesty I’d had the odd waft of diesel for a couple of days prior to actually finding the leak. I’d had a quick look around the back and under the bonnet, initially suspecting the fuel pressure regulator but, everything looked dry and as it should be. I thought it was just me being paranoid, should know better owning a Land Rover…
I finally found the leak when I happened to look underneath while the engine was running, there was a hissing sound and a very fine mist of diesel emanating from the area between the top of the fuel tank and the underside of the boot floor, near the fuel filter.
I was aware that there were issues with the fuel lines from the fuel tank chaffing on the chassis rail caused by vibration and movement. Sure enough this is where the problem lay.
A quick call to Ultimate Land Rover confirmed my suspicions. Unfortunately I couldn’t get it fixed before we went off on holiday so we had to go in the ‘Euro-box’ but got it booked in for when we returned. A quick, easy fix for the guys at Ultimate Land Rover and in just over an hour I was back on the road. 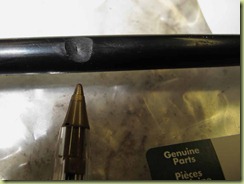 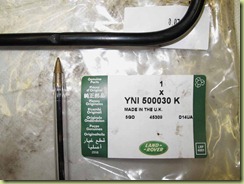