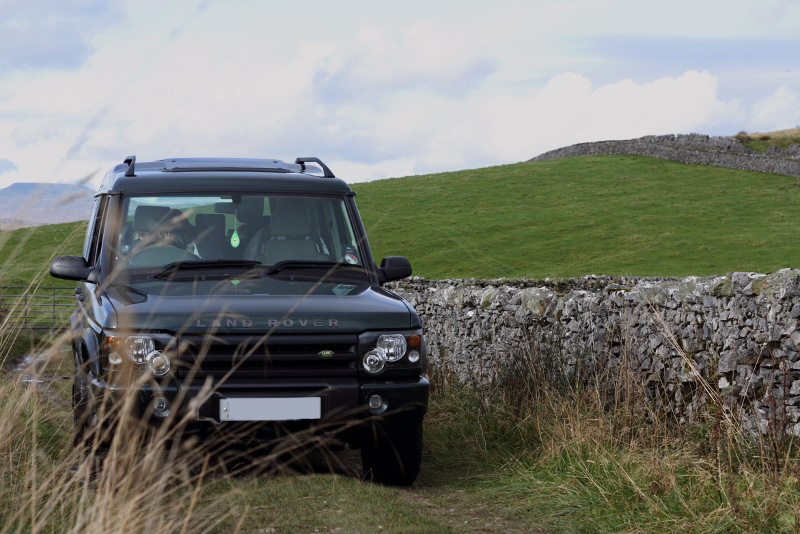 Last week I was holiday up in South Cumbria, so during one of our forays in to the neighbouring Yorkshire Dales I stumbled upon a clearly signed ‘Byway Open to All Traffic’ (BOAT) whilst we were on our way to Malham one day so it seemed too good an opportunity to miss the chance to get some mud beneath the tyres.

Being as I was somewhat unprepared for a greenlane trip I decided to take a very tentative drive along the byway stopping to get out and check anything that looked even remotely risky. The lane surface was mainly hard compacted stone with only very shallow ruts in a few places where grass had overgrown the lane surface and also a short section was under about 5 inches of water (with a firm rocky base) so the going was very easy. Around half a mile in, the lane turned sharply to the left where it then started to climb upwards and it also became more rutted with a slippery grass/mud surface.

I decided to walk the first part of the raised section to see how it looked on foot, after around 150 metres the ruts deepened and the gradient increased quite markedly so I decided that as we were travelling alone and also not properly equipped that this would be as far as I was prepared to drive on this occasion. Also I didn’t want to risk tearing up the surface should the wheels start to slip and spin while trying to gain some traction, another ‘risk’ was the gully to the left side of the lane bordered by a drystone wall, as the lane climbed so the gully increased in depth. I really didn’t want to risk slewing sideways and ending up wedged between the drystone wall and the side of the gully, that could have really ruined my day!

Luckily at the turning point of the lane there was plenty of room to turn the Disco around and drive back out, maybe I’ll return when I’m better equipped and the ground is drier.