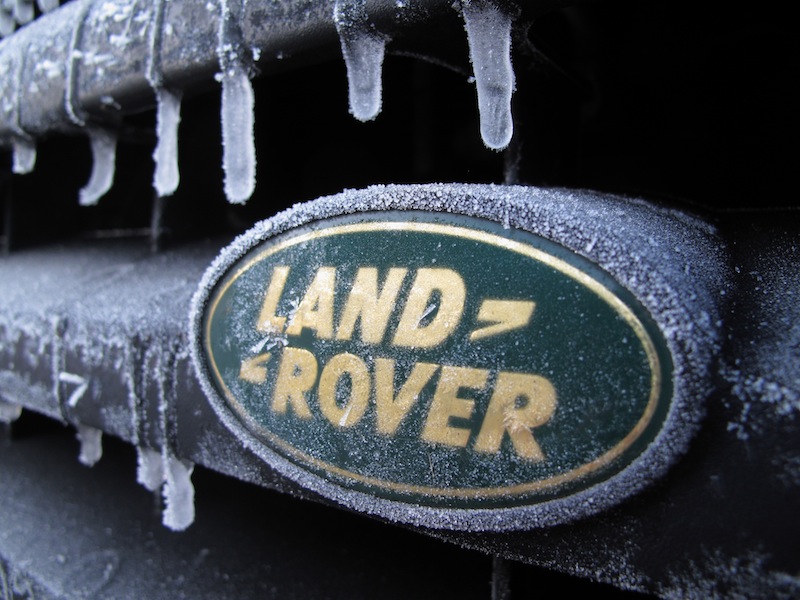 So the Freelander was finally sold back in October last year which left me 4×4-less for the first time in almost 15 years then late last week we got our first taste of snow for a while and a timely reminder of why owning a Land Rover is never more fun than when there’s snow on the ground. Nothing quite beats the feeling that while all around are either sliding around or tucked up at home you can throw a few essentials in the boot and head off out for a bit of snowy fun.
There’s also the element of being able to help; towing someone out of a ditch for instance which was something I did the last time we had some of the white stuff, running an essential errand for someone less able or housebound or even getting involved with your local 4×4 response group.

My current 2 wheel drive steed hasn’t let me down in the snow as yet and I still carry the Winter essentials in the back ‘just-in-case’ but I wouldn’t go out in the snow for a drive in it just for the fun of it, I kind of miss that feeling…

We’ve also spent a few holidays where without the Land Rover(s) we wouldn’t/couldn’t have got to the villages we were staying, the most recent being a holiday spent in Northumberland where without 4 wheel drive I doubt we’d have been able to get there, get around and ultimately leave at the end of our stay.

I think the only solution is to get another Land Rover at some point in the future but keep the van AS WELL,  isn’t that the only sensible solution? I think so…

A ‘project’ of some kind could be the solution and there have already been mutterings within GLR of finding a suitable platform for such a beast, watch this space as they say.

The versatility of owning a Land Rover was demonstrated all too well on Friday when all around the roads were grinding to a halt the GLR Freelander 2 took us safely to a pre-arranged night out along snowy deserted roads with the minimum of fuss or bother. Almost more importantly it got us back home later that night in worsening weather conditions again without a hint of a problem.

One thought on “Life in 2 wheel drive”