I managed to knock a bump stop off while hosing off the chassis recently. When I crawled underneath to investigate I noticed that the other rear one didn’t look too good either so I went and bought a couple of new one’s from Craddocks, only about £3.50 each. I did initially think that it was going to prove a bit of a struggle to remove the bolt that secures the bump stop to the chassis by the look of them, they were very rusty and covered in clag. A good wire brushing and a good dose of WD40 saw them undo with surprising ease though to my surprise. 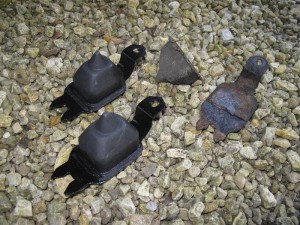 The old and the new.You can see why the old one fell off so easily! 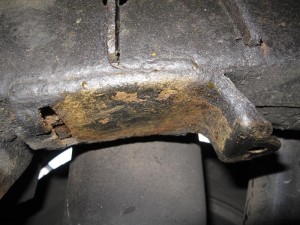 I took the opportunity to wire brush the chassis section that’s usually hidden underneath the bump stop while they were off, and then treated it to a liberal coating of Dinitrol for good measure. The securing bolts cleaned up well so were reused with a dap of copper grease to the threads to aid future removal. It all went surprisingly well and only took about 15 minutes. 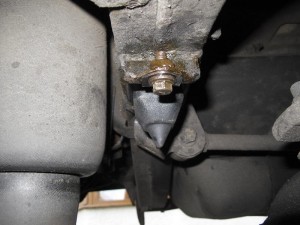