We finally got the snow today that had been promised for a while. We only got about 4″ of the stuff, but it was still enough to cause chaos and gridlock!
I went out for a pootle around and ended up on Cannock Chase which looked spectacular in it’s fresh white blanket of snow. In between drinking tea and generally taking in the views several herds of Fallow dear put in an appearence criss crossing the many tracks and trails. Why do you never have your camera handy at times like this? Another reason I’d have liked my camera to hand was when I was flagged down by a small group of people surrounding a Mazda that had skidded into a ditch. Funny how Land Rovers suddenly become popular when someone needs a tow…
It was a nice easy recovery, tow strap and a couple of shackles made short work of the recovery. Cue one very grateful, relieved and somewhat embarassed driver!
A couple of pictures below after all the drama had unfolded and I’d finally laid my hands on my camera. 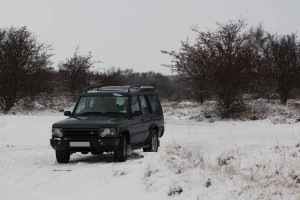 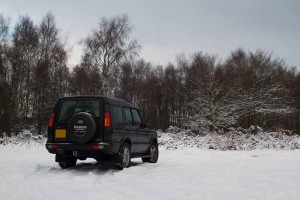