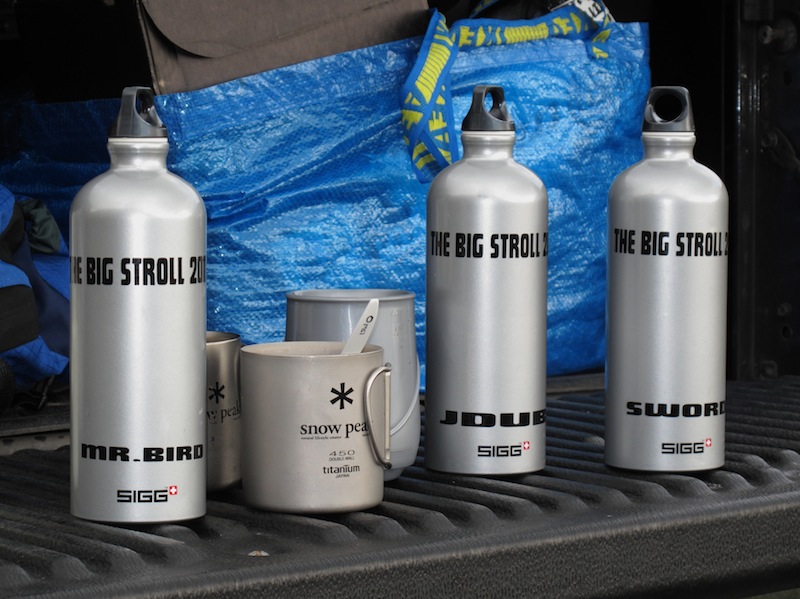 If you’re a regular reader here one thing will probably be all too apparent, we like our tea at GLR towers!

I can’t think of any trips we’ve done, be that shows, camping, greenlaning or just out for a drive where at some stage during the trip we haven’t pulled over and dragged the ‘brew box’ out of the boot and and got the kettle going. Nothing quite hits the spot like a freshly brewed mug of steaming tea and the odd biscuit or three of course, well it would be rude not to wouldn’t it?

Pre-Land Rover days, the camping mug tended to be either a large, cheap red plastic mug from Millets or a British army ’58 pattern mug, then I progressed on to a rather smart (if heavy) double walled stainless steel mug but then I discovered the Holy Grail of ‘Gucci’ camping kit, the double walled titanium mug, I needed (wanted) one! Alas as with most things high-end comes the inevitable high-end price tag to match so it remained on my wish list for some time until a rather nice gentleman, yep the GLR webmeister himself, bought me one while on a trip to the USA.

This mug has now been in service for several years and has a few battle scars to show for it but it’s still as good at keeping drinks hot as it was the day I got it and it’s ability to keeps drinks hot is further improved by the addition of the Snow Peak lid this again was bought for me at a later stage by Jason who himself also now owns the same mug and lid. I really can’t recommend this mug highly enough, obviously where it really comes into it’s own is when you’re carrying it on your back while out for a walk or camping trip where every ounce really does count. The other good features of it are that it doesn’t taint whatever you’re drinking, it holds almost half a litre and the handles fold flat against the cup which is a real bonus when packing and yes I know it’s almost irrelevant in terms of weight when you’re driving around in a Land Rover but hey, who doesn’t like a nice titanium gadget? 😉