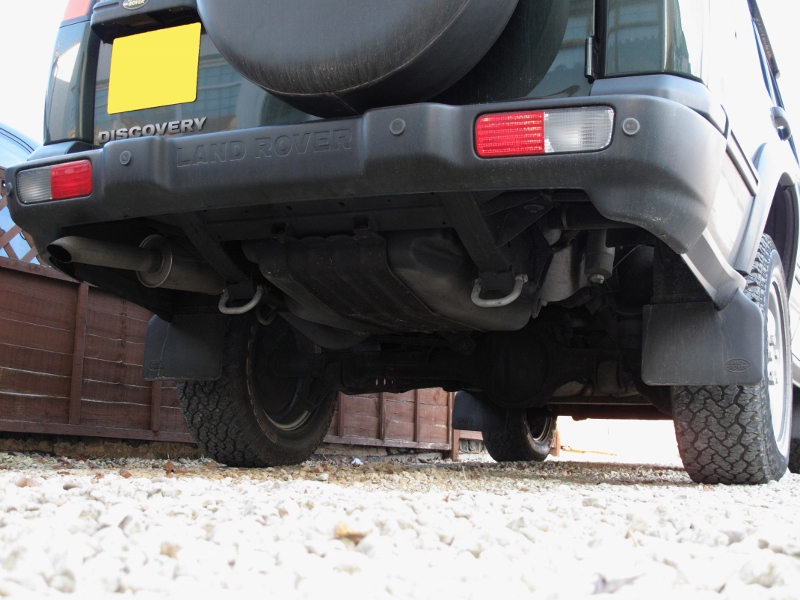 Back in 2009 I bought and fitted a NAS style receiver hitch complete with drop plate, tow ball and a recovery shackle and very pleased with it I was too but (and there’s always a but) in all the time I’d had it fitted I’d only had cause to use it once when I dragged a car out of a ditch in last years snow. Also I’ve never needed to tow a trailer in the last decade so I think I can safely assume I don’t need a drop plate and tow ball stowed in the boot, so this got me thinking about stuff that I don’t need in or bolted onto the Disco; think less is more kind of thing.
On my previous Defenders I’ve always fitted a pair of JATE rings (Land Rover part no. RRC3237) and I still had a pair left gathering dust in the shed so I thought why not remove the (heavy) NAS hitch and fit these to save a little bit of weight dangling from the rear end? The JATE rings simply bolt through the longitudinal chassis rails where the towbar would normally be fixed so it really couldn’t be any simpler, they need to be tightened reasonably tight but loose enough to still allow a bit of movement, such as during a recovery for example. I also took the opportunity after removing the NAS hitch to wire brush and waxoyl the rear chassis section (internally as well as externally) to hopefully prolong it’s service life.

Unfortunately you cannot fit JATE rings to the front of a Discovery II without cutting and making alterations to the front bumper so I’ve only fitted them at the rear as I prefer the standard factory look. When using them in a recovery situation it’s always best to use a bridle between the 2 JATE rings (attached with shackles) then the recovery rope/strap would be attached to the bridle.
And just in case you were wondering what JATE  means, it’s an acronym for Joint Air Transport Establishment, a department within the MOD, and if you’re really bored one night you can find a full explanation of the establishment here –