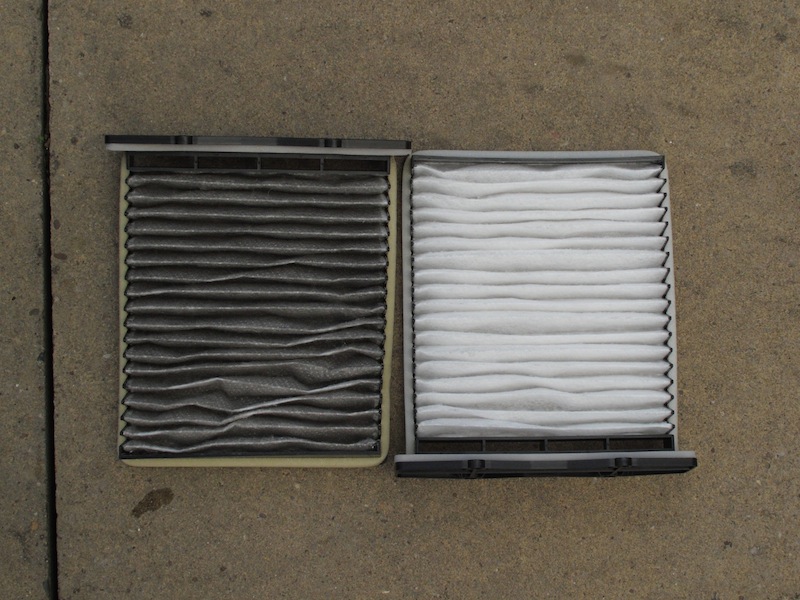 I managed to win a new genuine parts pollen filter on that well known auction site for the princely sum of £5, not bad considering they usually go for anything up to £26! The part number is – LR029773 this is for a RHD Td4 ‘facelift’ model though this may well be the same for other models but please check before ordering.

The pollen filter is located in the passenger footwell and is easy to spot; the first job is to remove the 4 bolts/screws that hold the pollen filter in place, this proved to be somewhat trickier than I’d anticipated as the four 6mm heads of the screws are flush to the moulding of the plastic plate that holds the filter. I couldn’t get a normal 6mm socket on due to the lack of space around the screw head but luckily I have a thin walled 6mm deep socket that just about fitted so a few moments later all four screws were removed and the plate removed which than allowed me to remove the pollen filter from it’s housing.

While the pollen filter was out I took the opportunity to wipe out the housing in which the filter sits as there was a fair bit of dust and leaf debris in there. Once all was once again clean simply slide the new pollen filter into place ensuring it is fitted the right way around.
Another thing I did to make future renewing of the filter easier was replace the four hex-headed screws with pozi self-tappers so I could simply use a screwdriver instead of messing around with sockets.

As you can see from the picture, the pollen filter was due for replacement, something that most garages/main dealers seem to all too commonly overlook apparently, go and check your pollen filter!